Fresh off their hot single, P.M.F., VA artists Gee Smiff & Kwan-Chi are back with another collaboration produced by none other than Boston’s own LDG Beats! The track starts off with Gee Smiff’s melodies that is beginning to become a staple in the northern va rap scene followed by a fury of rhymes depicting the grind to the top. The self-proclaimed P.M.F. himself, Kwan-Chi follows up with yet ANOTHER flow in the arsenal as he continues to show promise in the industry today. The finale features Gee Smiff putting the final nail in the coffin, as he bodies the outro! Shake is a definite listen and make sure you check out their socials for their upcoming releases. 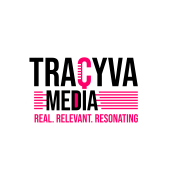